A Taste of the Fine Arts Gets Graphic 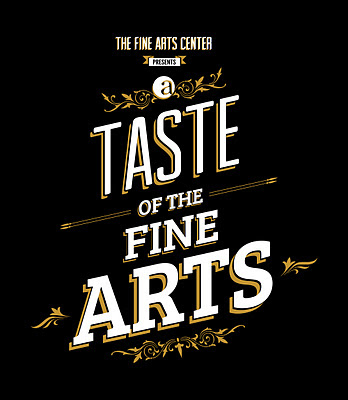 If the marvelous new logo is anything to go by, A Taste of the Fine Arts is going to be a sensational event. We’ll reveal auction sneak peeks and more information in the coming days, but today all eyes are on the logo and its creator, Michael Shillingburg.
Michael is a senior visual arts student at the Fine Arts Center. This is his third year in the visual arts program and, due to some inspired advance planning and a grueling academic year as a freshman at Wade Hampton, he now gets to spend all day at FAC.
As you can see by the work showcased here, Michael is predominately a photographer. At least that’s where his passion lies. He’s also a clever graphic artist (ahem, look at that logo again, ladies and gents) who plans to study graphic design and marketing in college.
Michael has his well-trained eye on doing just that at the Maryland Institute College of Art (MICA) next year. Although he has applied to several other outstanding programs, Michael says his top pick is MICA. He attended a summer program there last year after finding out about it at FAC. His instructor encouraged him to apply to MICA’s Summer Pre-College and recommended him to the institute. He was invited to attend and was able to do so thanks, in part, to a grant provided by the Fine Arts Center Foundation.
Michael unhesitatingly says that his life would be very different without FAC. He doubts that he would ever have discovered his interest in photography, and he says he certainly would not be on the same career path or have plans to attend MICA. He’s done a little bit of everything in his time at the school, including drawing, painting, sculpting, ceramics and metals. The opportunity to explore all of those aspects of visual art allowed him to hone his interests and begin to develop them. It looks like he’s off to a very fine start.